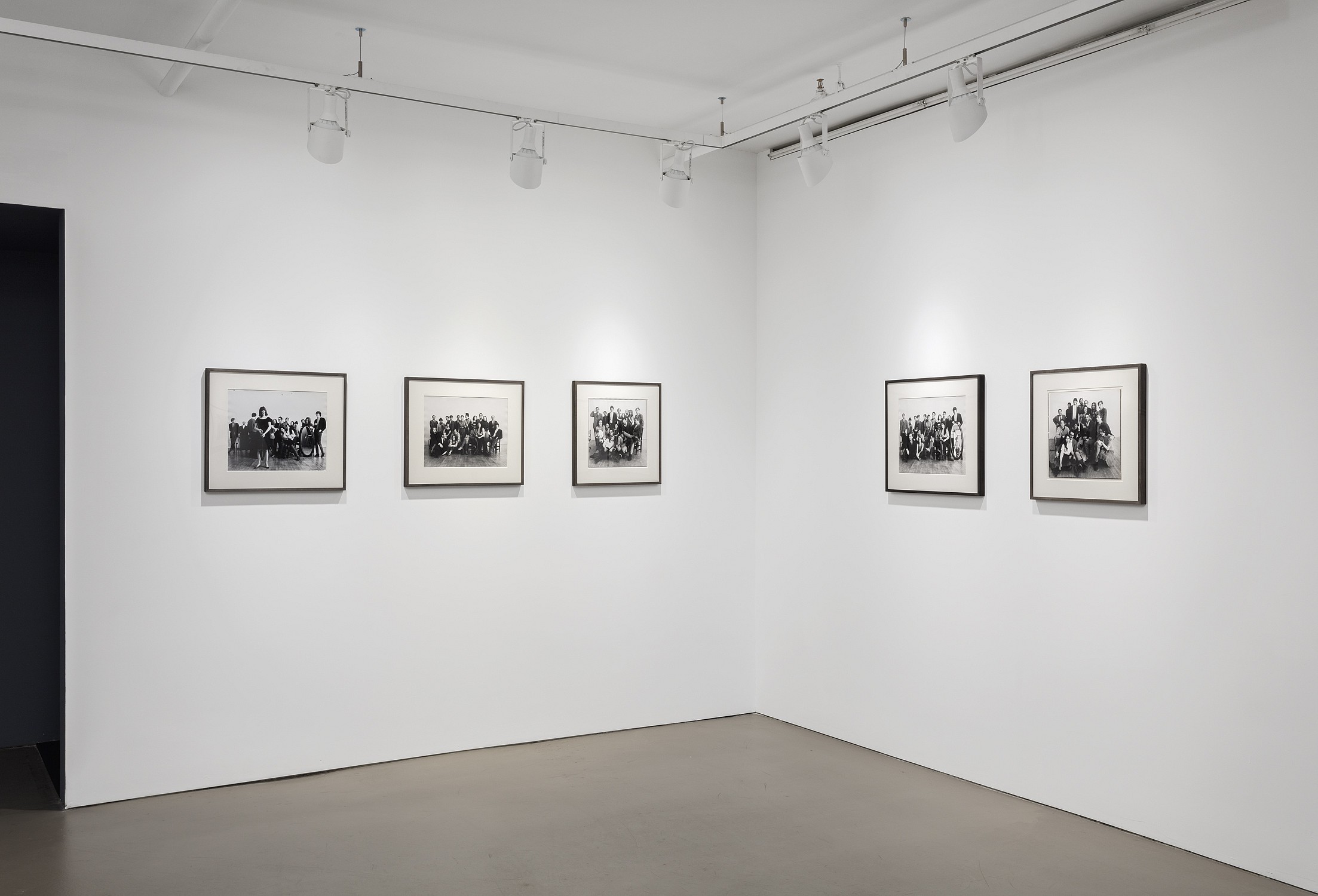 Alexander and Bonin is pleased to announce the opening of two solo exhibitions on Friday, September 8. Individual and collaborative works by John Ahearn and Rigoberto Torres will be shown on the ground floor. In the lower level galleries, The Tribe, an exhibition of photographs by Peter Hujar from the 1960s to the 1980s, will be on view.

A survey of sculptures made by John Ahearn and Rigoberto Torres since the early 1990s will be presented. The works – busts, half-figures, and full-figures – exemplify the artists’ singular practice. Working both together and independently, Ahearn and Torres have made casts directly from life models since the early 1980s. Drawing inspiration from the people they meet in everyday occasions, both artists continue to adapt to different environments while being deeply committed to interaction and collaboration with their sitters. The resulting portraits – through their vivid pallets and highly individualized, naturalistic feel - provide a dynamic account of the different sitters’ personalities.

The sculptures exhibited at Alexander and Bonin were made in various locations, spanning from 42nd Street in Midtown Manhattan to 100th Street in Harlem, Puerto Rico, and the Bronx. Evolving from constant adaptation to the places and contexts in which the casts were made, the sculpture’s subjects include athletes, shop owners, and artists, of all ages and backgrounds. While the sitters’ faces evoke a variety of expressions – playfulness, pride, sadness, or defiance – all ultimately reveal the sitters’ strength as individuals.

Over the course of his career, Peter Hujar took portraits of different groups of artists, musicians, writers, performers, and friends, who defined the downtown art scene. Either by invitation or chance, Hujar captured these “tribes” of the New York avant-garde, thereby positioning himself as a link between them. The exhibition at Alexander and Bonin includes twenty vintage silver gelatin prints which capture a wide range of social circles in early downtown New York.

The first “tribe” portrait took place in the winter of 1966, when Hujar invited Paul Thek to bring a group of friends to be photographed in a studio setting. Thek’s group included an array of downtown New York writers and artists, amongst them Eva Hesse and Gene Swenson. There are several views from this session, which illustrate both the intimacy and formality of the setting. An additional twelve color shots will be projected in an adjoining gallery.

Other group portraits include the Philip Glass ensemble (1986); the poets Amiri Baraka, Jim Carroll, Jayne Cortez and John Giorno (1984); two groups organized by Vince Aletti (1976, 1981), and David Wojnarowicz’s “tribe” in 1987. In the case of Wojnarowicz’s group, Hujar explained: ‘You guys are inseparable and have this really intense relationship that I admire, and I just want to capture this moment.’

Speed of Life, a retrospective of Hujar’s work, was organized by Fundacion MAPFRE, Madrid and the Morgan Library & Museum, New York. It will be on view at the Morgan from January 26 – May 20, 2018.