Willie Doherty: The Amnesiac and other recent video and photographic works 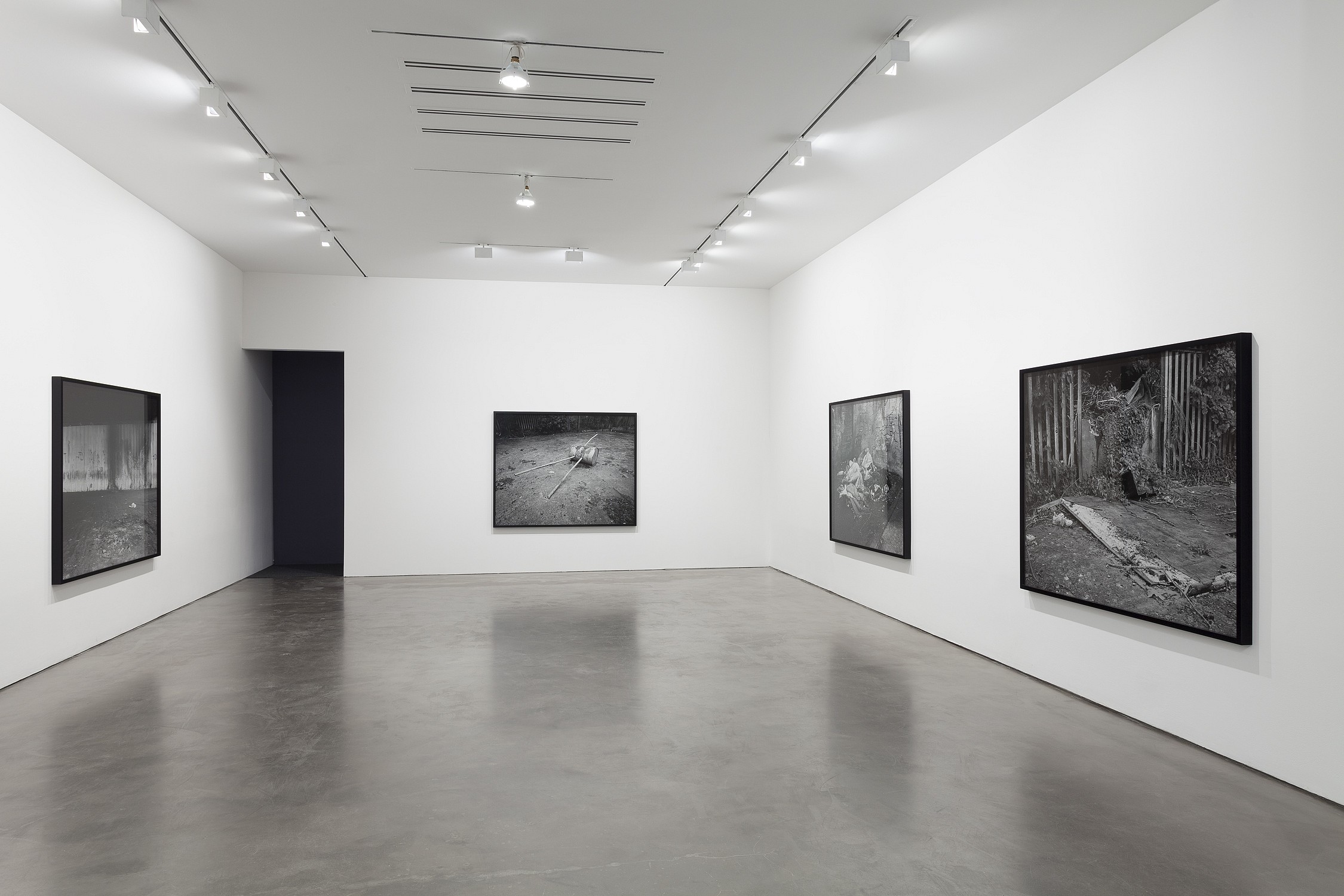 Willie Doherty: The Amnesiac and other recent video and photographic works
Oct 25 – Dec 6, 2014

An exhibition of two recent video installations and photographic works by Willie Doherty will open at Alexander and Bonin on Saturday, October 25th.

The Amnesiac, 2014, Doherty’s most recent video work, is a 10 minute single-channel video installation which extends his interest in themes of landscape and memory. The video follows an unidentified man as he drives along a country road. His journey is interrupted by what might be a momentary lapse in concentration from the tedium of driving, a daydream or a rupture in the fabric of the everyday; a return to somewhere half remembered or half forgotten.

The video is accompanied by a group of 10 photographs, titled Damage, 2014, which were made at the same location where the video was shot. The photographs are details of tree trunks that bear the physical markings of past acts of violence. Doherty explores the boundaries between the visible and invisible, past and present, the tangible and intangible.

Remains, 2013, is a 15 minute single-channel video installation, first shown at Art Unlimited Basel, and included in his retrospective UNSEEN (September 2013 - January 2014) at City Factory Gallery in Derry, Northern Ireland and currently on view at the De Pont Museum in Tilburg. Remains was made in a number of locations in Derry that have been used since the early 1970s to carry out kneecappings, a form of punishment shooting used to control drug use and other forms of so called ‘antisocial behavior’. The ghosts of events past are summoned by the narrator as his recounting unearths a repository of memories, specific to the unimposing landscape, and ultimately reveals a continuing cycle of violence, enacted in the same locations.

Doherty’s meditations, in video and photography, on the changing political landscape of Northern Ireland have been a central theme of his work since 1985. With a new series of black and white photographs, titled Future Fear, made in Derry during the summer of 2014, Doherty returns to some of the locations that he has previously photographed to reveal an ongoing state of unease, a sense of drift between the familiarity and comfort of violence and the anxiety and uncertainty of change; a fear that the future may turn out to look like the past.