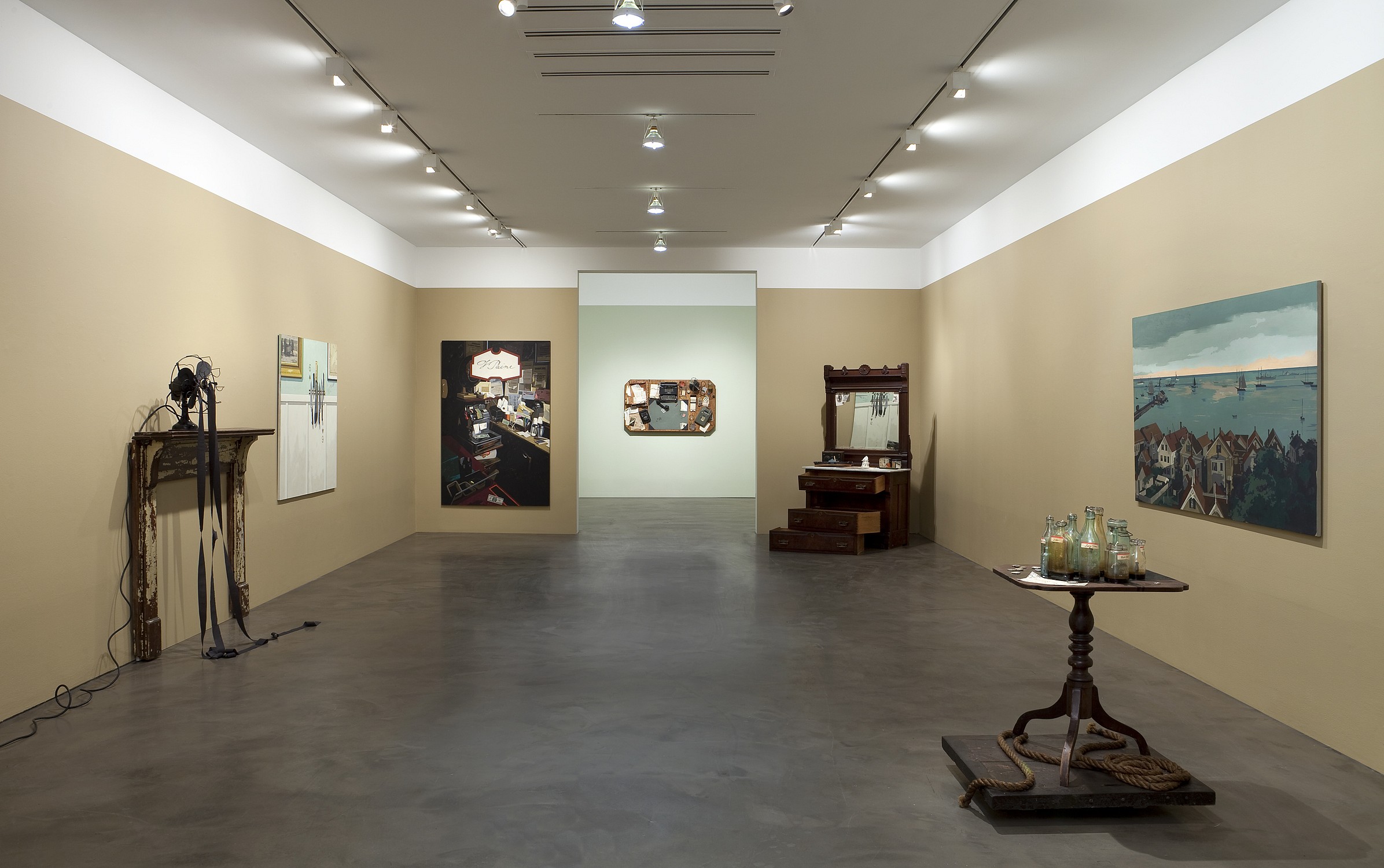 Matthew Benedict’s Americana will open on January 26th at Alexander and Bonin. The exhibition includes several new sculptures juxtaposed against selected paintings from 1998 – 2013. The subjects of both his sculpture and paintings draw from history, literature, the mythic and the supernatural.

Benedict’s object-based works of the last decade have been assembled from artifacts sourced in New England and date from 1860 to the present. The Terrible Old Man (2011-2012), a composition of glass bottles, furniture and tar, is based on H.P. Lovecraft’s tale of an old sea captain who communicates with the spirits of his dead shipmates whilst living thieves plot to rob him. "Silent" Still Life (2002-2012), a wall relief made of a desk and objects (possibly from an American Fire Department), recalls 19th century trompe l’oeil paintings. Blessed Be (2010) evokes cross-stitched Victorian motto samplers, rendered in gouache on wood. The medium of gouache and the making of embroideries have been a part of Benedict’s work since 1989.

Recent paintings allude to the settling and establishment of New England and the loss of historical objects and places in a digital culture.  Pilgrimage (2012) depicts a now lost hand-painted sign directing visitors to the Provincetown, Massachusetts Pilgrim Monument and Museum. Where Tom Died (2012) shows a still extant corner of a Manhattan tavern where Thomas Paine is thought to have lived his final moments in 1809.

Born in Rockville, CT, Benedict lives and works in Brooklyn. His work is the subject of Matthew Benedict: The Mage’s Pantry published by Hatje Kantz.  His 2010 exhibition at Alexander and Bonin was Dramatis Personae, a selection of photographs of his costumed models. Benedict was a 2011 resident at The Versailles Foundation, Inc. /Claude Monet, Giverny. His works are included in the permanent collections of the FRAC de Picardie, Amiens, Dallas Museum of Art, the Hammer Museum, Los Angeles, the Museum of Modern Art, New York, San Francisco Museum of Modern Art and the NASA Art Program, Washington, DC.