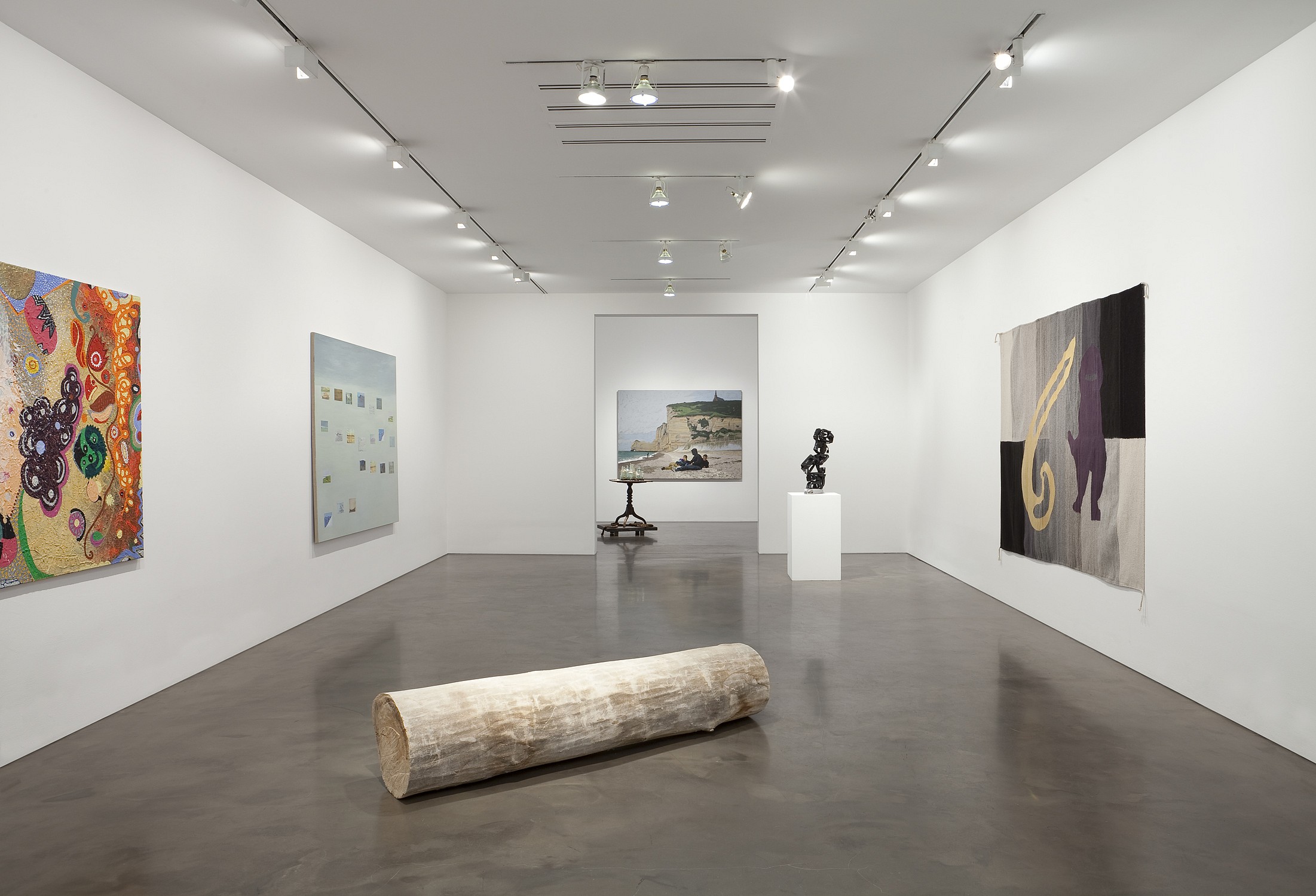 Alexander and Bonin is pleased to announce a group exhibition of painting and sculpture by Matthew Benedict, Robert Bordo, Michel Buthe, Willie Cole, Diango Hernández, Robert Kinmont, Stefan Kürten, and Rita McBride. The works selected for this exhibition were created with reference to periods when the artist was traveling, living abroad or focusing on a particular place.

In 2011, Matthew Benedict spent three months participating in the residency programme at the Claude Monet Giverny Gardens near Paris.  He produced numerous works on paper, four of which were later developed into paintings. Benedict’s beautiful renderings of the town and the landscape as it is today lend his distinctively illustrative touch to a landscape which has become an art historical icon.

In the early 2000s Robert Bordo began a series of easel scale paintings composed of rectangular, postcard-sized landscapes floating on sky-blue backgrounds. These images – drawn from photographs, postcards and reproductions of paintings – are depicted within a range of painting languages and evoke narratives of memory and place. At the same time, by breaking up and shuffling the conventional knowledge of landscape painting, Bordo looks to address paintings as pictures of pictures, acknowledging that memory is always constructed and inherently unreliable as a vehicle for truth.

Michael Buthe (1944 – 1994), divided his time between Germany and Morocco and the influences of North African light and color, rituals and beliefs are evident in several of his works. The Grand Tour will include one of Buthe’s last works, Papagei (1994) (Parrot).  It is a large, densely painted canvas reminiscent of handmade African fabrics, in which the head, eye, beak, and feathering of a parrot are exploded, becoming floral and cellular and dissolving into Buthe’s blue and white jigsaw pattern representation of water.

Stefan Kürten’s dream-like depictions of houses draw on his memories of his parents’ search to find the perfect home – a home where ‘they would all be happy.’ The intricacies of his paintings speak to the emotional significance associated with a particular place, as well as the tendency that these familiar structures have to once again become unknown.

Other gallery artists will present recent works, including Willie Cole’s bronze Worrier (2011), which continues the artist’s reassessment of African sculpture; Cuban artist Diango Hernández addresses the placelessness of the expatriate in his painting Miramar Livingroom (2007).  Robert Kinmont’s Cottonwood Log Filled with Fear (2009) is constructed from a fallen tree the artist trucked back to his studio from deep in the northern California forest which the artist bisected, hollowed out, and filled with fear; Rita McBride’s Mexican made tapestries employ the handcraft of traditional Oaxaca loom-work to investigate the duality between the original function of tapestry as architectural insulation and that of its later function as mediator between painting and furniture.