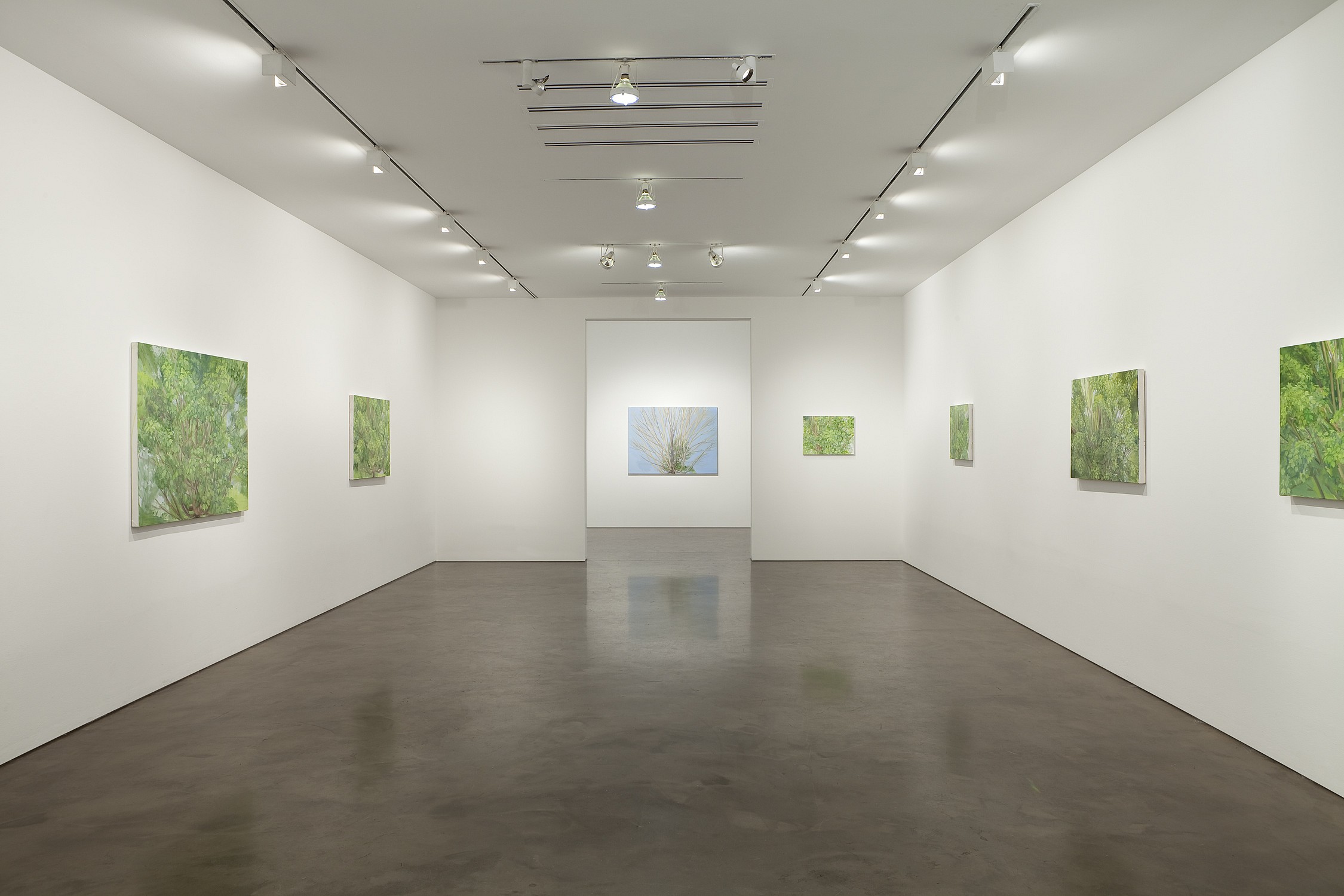 An exhibition of recent paintings, drawings and watercolors by Sylvia Plimack Mangold will open at Alexander and Bonin on March 16th. A publication with an essay by Helen Molesworth reprinted from the 2008 Solitaire exhibition catalogue[i] has been published on the occasion of the exhibition.  Beginning in the 1980s the primary focus of Plimack Mangold’s work became the landscape, particularly the Hudson River Valley, where she lives.  Since 1997, specific trees near her home have been her exclusive motif.  In her essay, Molesworth speaks of the enigma of Plimack Mangold’s pursuit.

Plimack Mangold’s paintings of trees can be bare, stark, and emotive—black calligraphic lines against a cold white wintry ground. Or they can be lush, edge-to-edge fields of verdant green, where shimmering patches of yellow-tipped foliage are separated and articulated by variegated passages of sky blue...One thing is consistent: the trees repeat; the elm, the maple, the locust, the pine, appear year after year, winter and summer, like slowly aging relatives in family photos. Plimack Mangold’s practice is daily, seasonal, and annual; to look at the whole of her oeuvre is to feel the coexistence of linear and cyclical time. Hence the tree paintings permit an exploration of variation and difference. They privilege change over stasis, or, to put it more precisely, they make an issue of the dialectical tension between change and stasis.

Sylvia Plimack Mangold’s artwork was first exhibited in group shows including Realism Now curated by Linda Nochlin for Vassar College Art Gallery in 1968 and Direct Representation: an Exhibition of Five New Realist Artists Selected by Scott Burton at Fischbach Gallery in 1969. Since then, her work has been the subject of more than thirty solo exhibitions including three museum surveys.   Her paintings were included in WACK! Art and the Feminist Revolution at the Museum of Contemporary Art, Los Angeles in 2007 and in Solitaire: Lee Lozano, Sylvia Plimack Mangold, Joan Semmel at the Wexner Center, Columbus in 2008.  Many of Plimack Mangold’s most definitive works are included in permanent museum collections including the Art Institute of Chicago, The Whitney Museum of American Art, New York, Modern Art Museum of Fort Worth and the Kunstmuseum Winterthur, Switzerland.