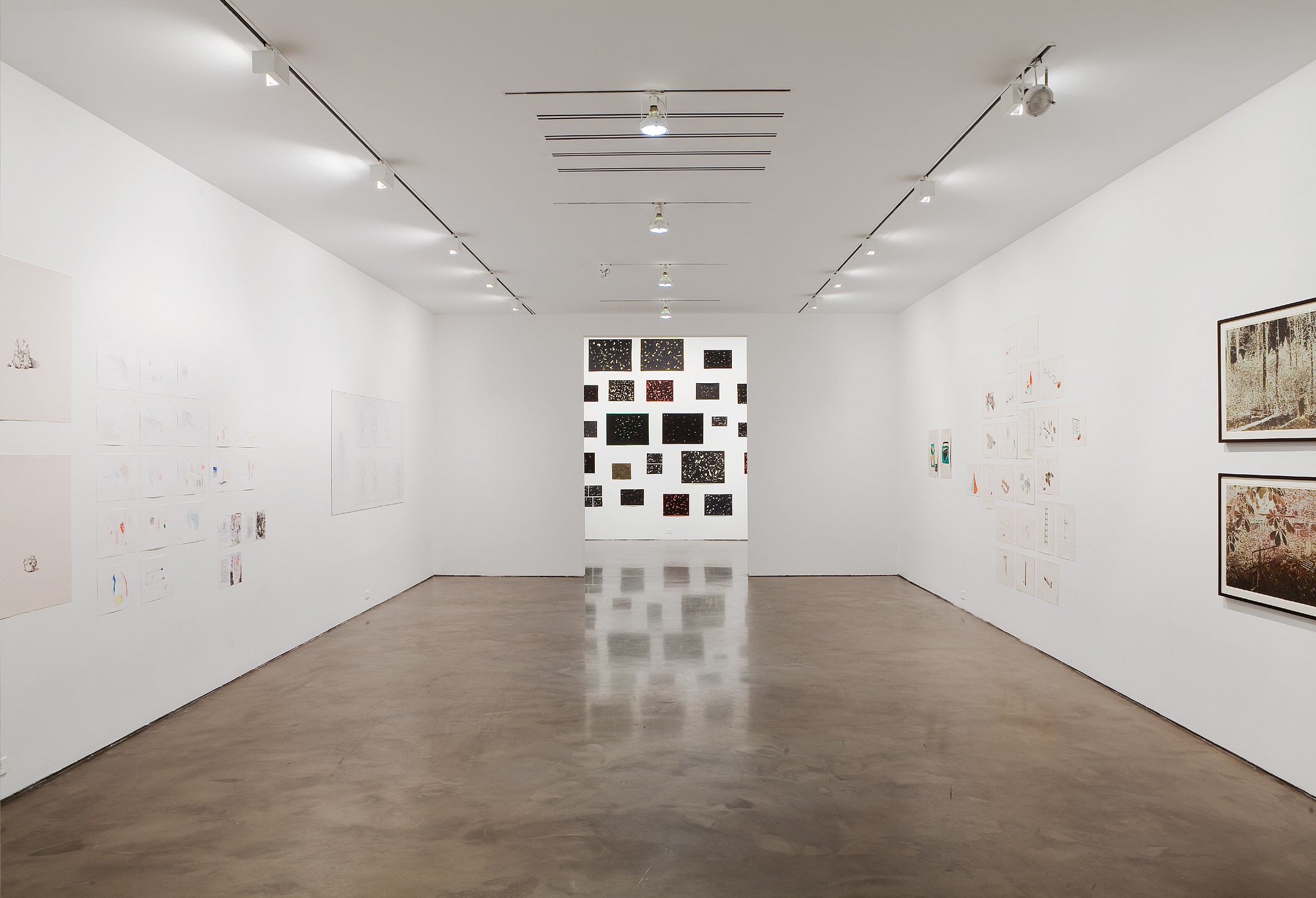 On December 7, Alexander and Bonin will open an exhibition of works on paper by Robert Bordo, Diango Hernández, Stefan Kürten and Paul Etienne Lincoln.

Inspiration is not a sublime spark; It awakens a kind of anxiety that is bound up with making meaning out of the dense background of protean content. The works on paper presented in this exhibitions aren’t sketches. They’re glimpses – a view from a space within a space, as seen through a break in the membrane separating the two, and just for a second, experienced obliquely.

Robert Bordo was born in Montreal and lives in New York. He teaches at Cooper Union where he heads the painting program. His paintings have been exhibited most recently at Mummery + Schnelle in London. An illustrated conversation between Bordo and Steve DiBenedetto published by turpsbanana is available through the gallery. These recent works on paper were developed during a residency in Ireland in June, 2010.

Diango Hernández was born in Sancti Spiritus, Cuba and lives in Düsseldorf. His sculpture was exhibited this summer in The New Décor at the Hayward Gallery, London and currently in the Liverpool Biennial. The drawings to be exhibited are drawn from Amateur, a group of sketches, texts, watercolors, pastels and collages which reflect the artist’s daily thoughts between 1996 and 2003.

Stefan Kürten was born in Düsseldorf where he continues to live and work. His most recent exhibition, Darker with the Day, took place at the Parkhaus im Malkasten, Düsseldorf. Beginning with a group of small ink drawings on photographic paper created in 2009, his lush and ominous foliage and domestic imagery has been translated and reinvented onto paper.

Paul Etienne Lincoln was born in London and lives in New York. His upcoming multi-media installation, Bad Bentheim Schwein, based on extensive research into the history of a rare local breed of pig, opens in Raumsichten, Germany in June, 2011. In 4 on paper, the artist will exhibit eight drawings for divers’ suits from the late 19th and early 20th centuries.