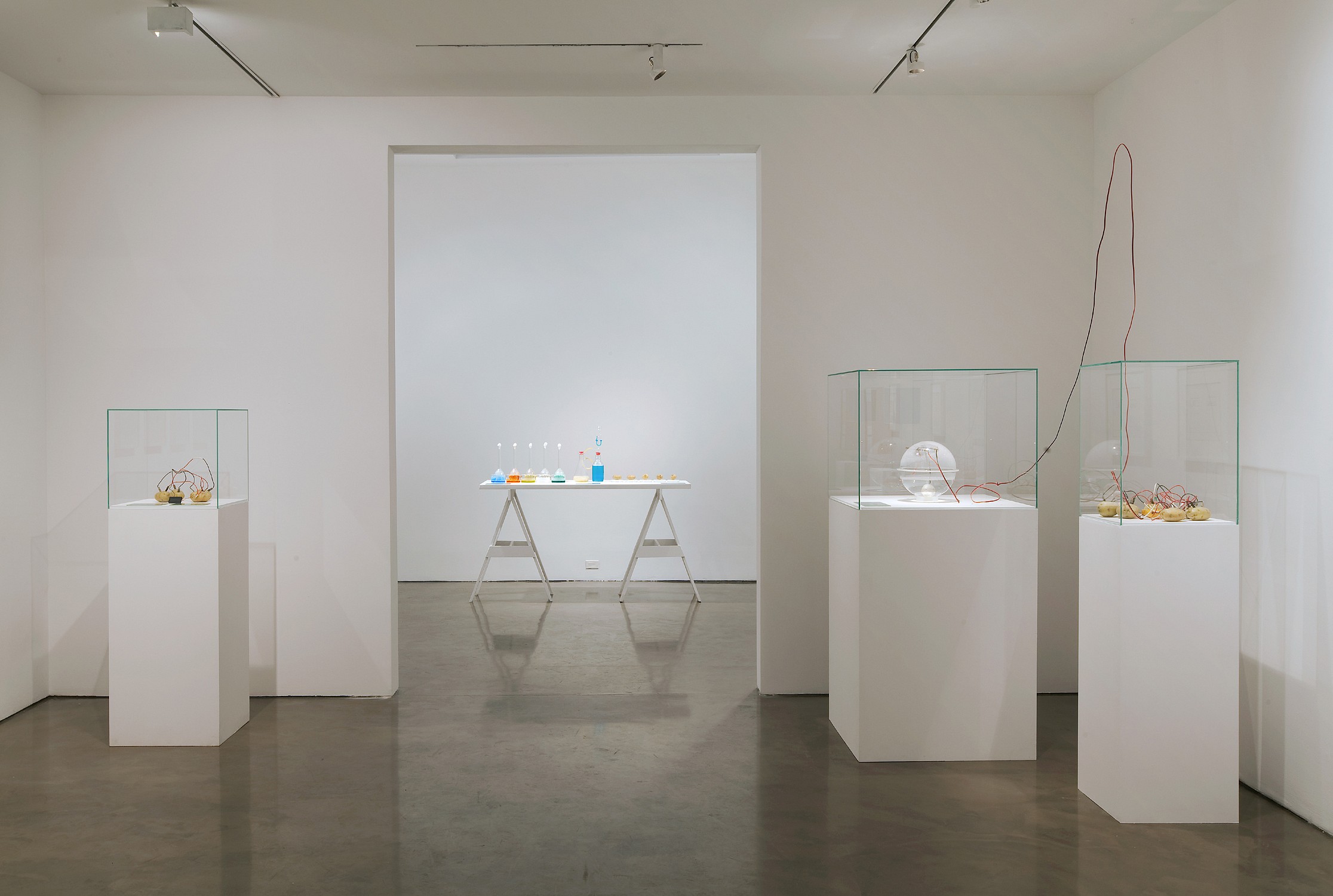 An exhibition of work by Victor Grippo (born in Buenos Aires, 1936 and died in 2002) will open on February 28th.   The focus will be on sculpture and related works on paper that emphasize the artist’s interest in transformation, whether from art to science, light to dark or the defined to the nebulous, and his search for a unity between these states.

The earliest work in the exhibition, NH3 + HC1 =NH4CI (Amoníaco + Ácido clorhídrico Cloruro de Amonio + Agua), 1971 is composed of flasks, tubes, ammonia, and hydrochloric acid and relates to the use and manufacture of devices taken from chemistry. The viewer is placed in the presence of processes and meanings regarding the world and nature, materials and experiences.

The last work in the exhibition, Mesa Escrita, 2001, a wooden table with lamp, glass bottles, liquid and gasified gold, pencil and paper reflects in Grippo’s words, his interest “in mankind’s trades, energy and the rose, absences of equilibrium and its consequent transformations in order to reach an all-embracing poetic conclusion regarding the reality in which I happen to live.” In his selection of everyday objects, Grippo paid particular attention to their symbolic possibilities.

Victor Grippo was the son of Italian immigrants to Argentina. He studied chemistry at the Universidad Nacional de la Plata and art at the Escuela Superior de Bellas Artes and had his first solo exhibition in 1966. In 1970 he joined the Grupo CAYC and began work on his series, Analogías, which explored opposites such as art-science, nature-culture and real-artificial.