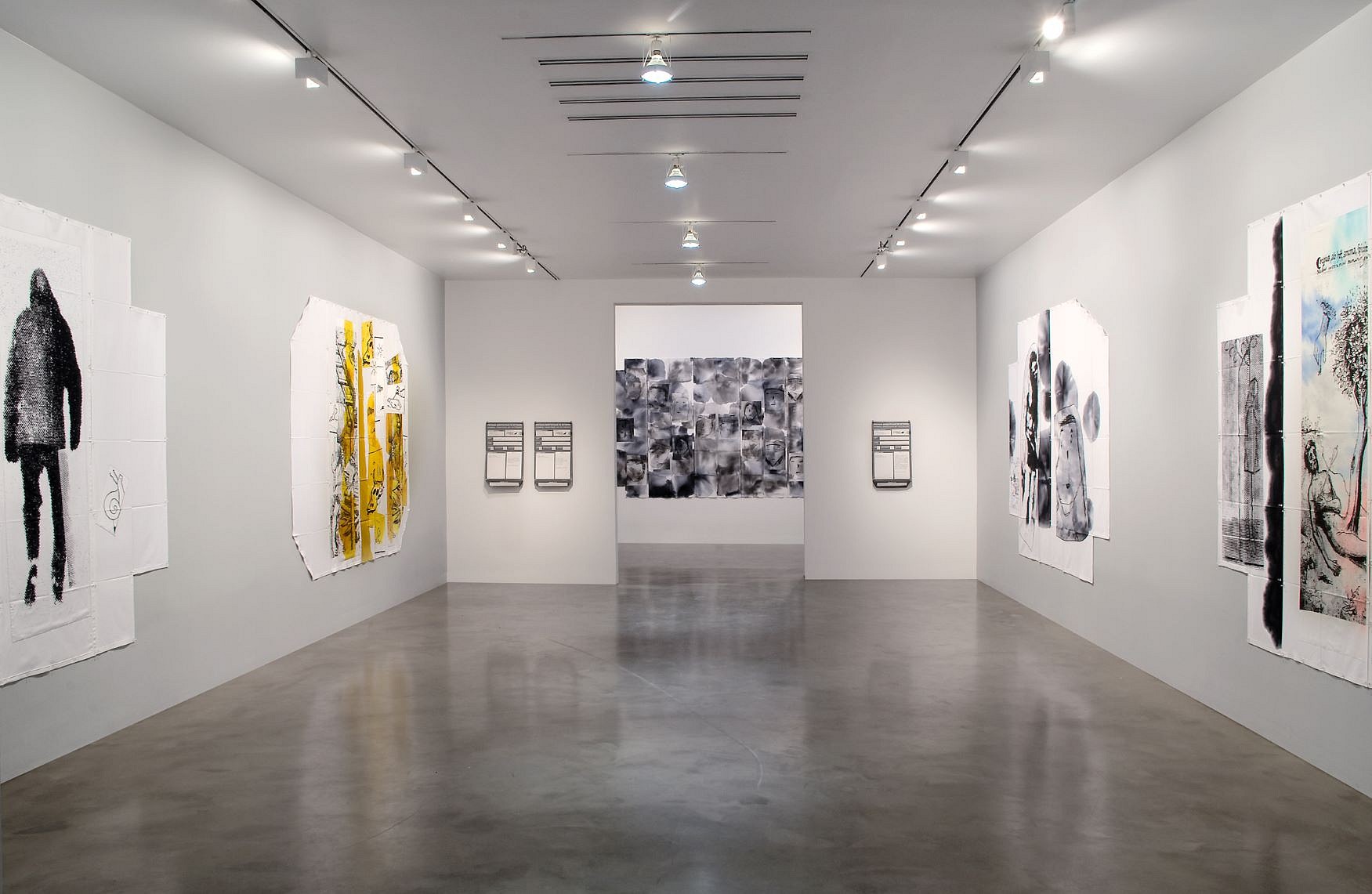 Enteras Partes de Now and Then, an exhibition of 8 recent airmail paintings by Eugenio Dittborn, will open at Alexander and Bonin on April 12th.

For the first time since 1983, Dittborn’s paintings depart from the orthogonal regularity of four right angles and experiment with irregular supports and formats, creating perimeters of numerous vertical, horizontal, and sometimes diagonal sides. His materials of dye, embroidery, and photo silkscreen, consistent since the 1980s, achieve an altered resonant effect and a heightened sharpness against the irregularity of the new perimeters.

Dittborn’s ‘airmail paintings,’ unique in their lightness and mobility, continue to travel folded in their envelopes and are sent through the postal service from continent to continent, to be assembled at their destination or exhibition venue. The visual advantages of the large format are combined with the ease and rapidity of sending a letter.

Images used in the new work were drawn from a wide variety of sources: a 16th-century book on cannibalism in the New World, drawings made by a schizophrenic patient in a psychiatric hospital in Santiago in 1991, police records and newspapers from the 1940s and 1950s, a Pisanello mural, an engraving by José Guadalupe Posada, and El Codex Mendoza, a collaborative text by Aztec draftsmen and a Spanish Catholic priest.

The artist lives and works in Santiago, Chile. His work has been exhibited internationally in numerous museum exhibitions such as Face à l’Histoire 1933-1996, Centre Georges Pompidou, Paris (1996), Around 1984: A Look at Art in the Eighties, P.S.1, New York (2000), 26th Bienal de São Paulo (2004), and The 80s: A Topology, Museu Serralves, Porto (2006).  In 1997 his work was the subject of a survey exhibition at the New Museum of Contemporary Art in New York which traveled to the Museo Nacional de Bellas Artes in Santiago (1998).   His work is presently on view at El Museo del Barrio, New York in the exhibition Arte ≠ Vida: Actions by Artists of the Americas, 1960-2000.