Willie Cole: Before and After 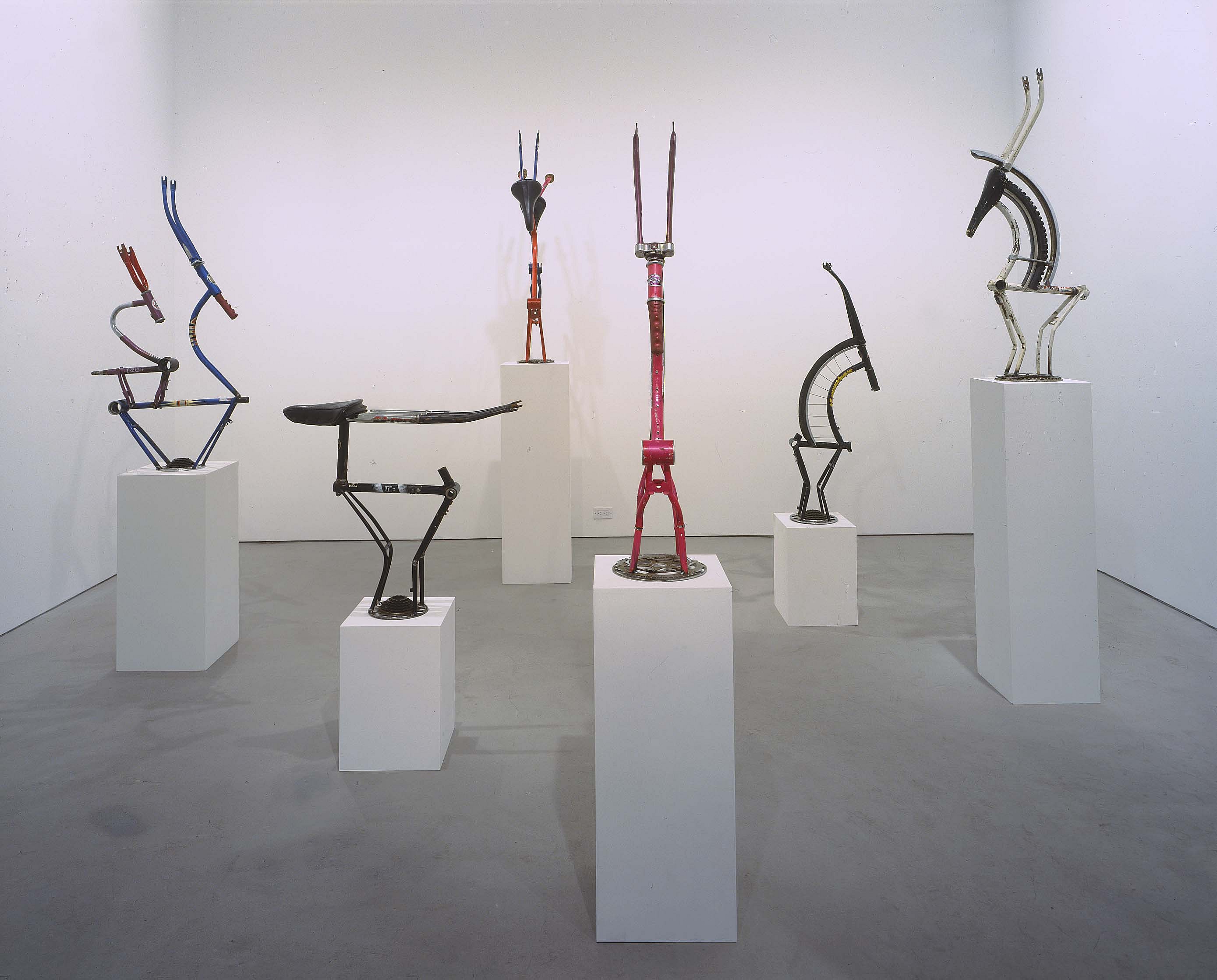 Alexander and Bonin is pleased to announce Before and After, an exhibition of new work by Willie Cole. Cole is known for his inventive transformations of found materials into uncanny sculptures that depict everything from domestic objects and animals to African artifacts and ante-bellum imagery, often rendered with humor and/or political references.

In this exhibition, Cole addresses three subjects: the biblical, the domestic and games. Biblical images are updated to refer to both events of the present time and prophecies drawn from the bible and the writings of Malcolm X.   A group of sculptures, made from bicycle parts, evoke the tji wara headdress used by the Bambara tribe of Mali in agricultural and fertility rites.

Well known for his domestic imagery, Cole will show a new iron and a series of iris prints in which the iron has a mask like appearance. His interest in games has often included concepts of chance and fate; life seen as a maze or playing board. Here a dissected pool table provides the forum.

Willie Cole was born in Somerville and continues to live in New Jersey. He studied at the School of Visual Arts and the Art Students League in New York.   He was recently awarded the Augustus Sain-Gaudens Memorial Fellowship and in 2001, Cole’s exhibition of four installations, Game Show, at the Bronx Museum of the Arts was awarded a prize by the International Association of Art Critics.