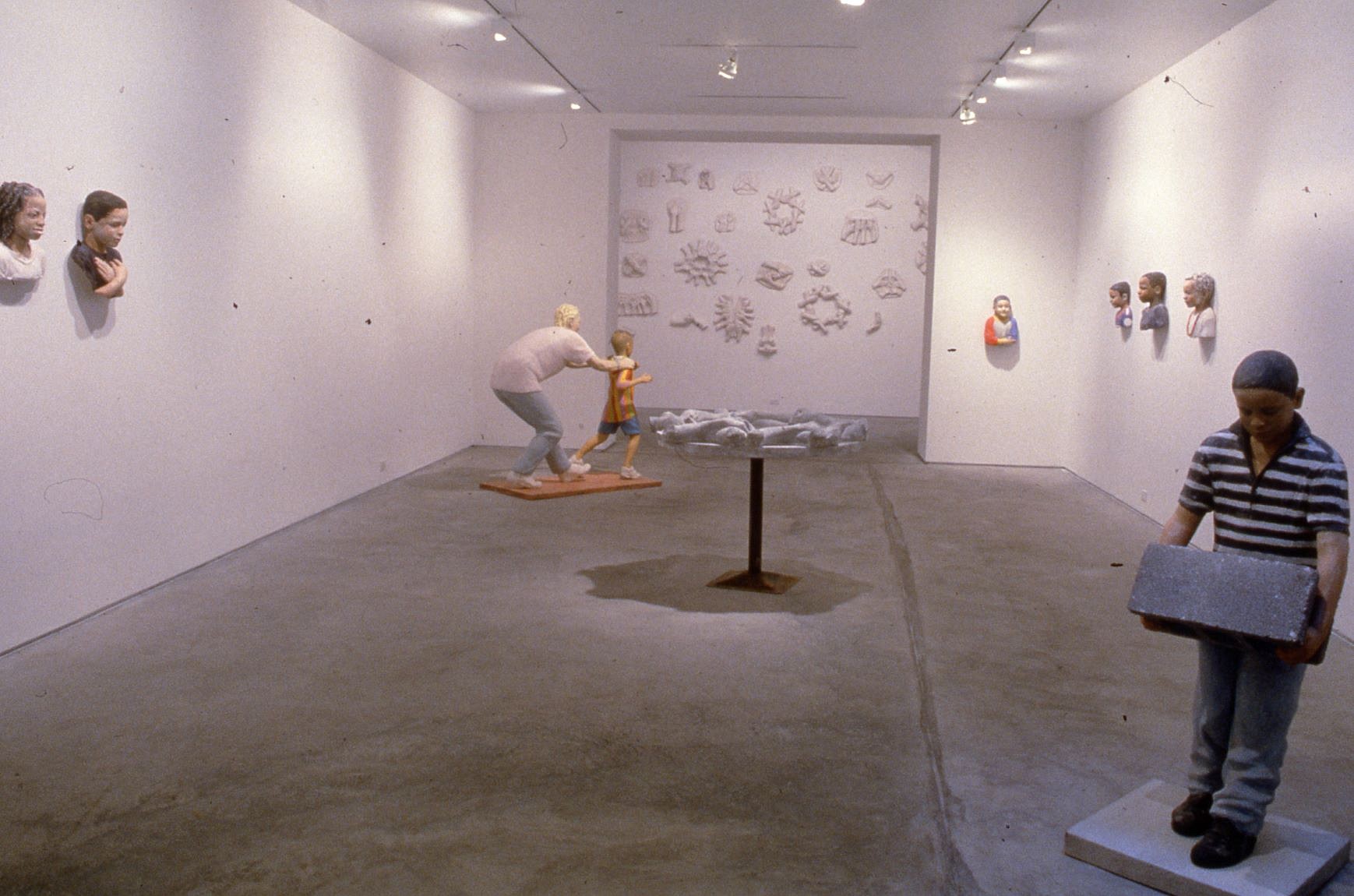 John Ahearn will exhibit new sculpture at Alexander and Bonin from September 12th through October 24th, 1998. This will be Ahearn's first gallery show since 1991.

The exhibition, Sculpture from East 100th Street, will present the works Ahearn has made in his new studio during the last three years. Ahearn’s storefront studio has afforded him the opportunity to become involved with the neighborhood very quickly. During this time he has concentrated on portraits of the children who live there. One work, Hands of Jennie Clarke (Jennie Clarke is a temporary housing facility for homeless families in the neighborhood), consists of thirty-three unpainted plaster casts of hands installed together on one wall. Two free standing, full-figure pieces relate to a recent GSA commission John Ahearn and Rigoberto Torres completed for a health care building in Baltimore. Much of the casting for the upcoming exhibition was done in collaboration with Torres.

Since his last New York gallery show, Ahearn's works have been the subject of more then ten museum shows. These exhibitions were often accompanied by casting projects in cities as diverse as Cincinnati, Dublin, Honolulu and Rotterdam. It was at the conclusion of these travelling exhibitions that Ahearn took the studio on East 100th Street.