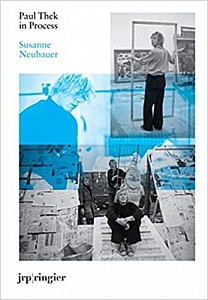 Paul Thek in Process evolves out of the discovery of an unrealized publication project initiated while installing his first space-filling environment, Pyramid/A Work in Progress at the Moderna Museet, Stockholm, in the winter of 1971, which was to have been released for documenta 5. Paul Thek in Process evaluates the complex organizational and conceptual task of the installation’s eventual realization, and offers an exhibition history written with a view from the inside, with particular attention paid to the status of the ephemeral objects that remain as contingent representatives of the lost work. The book contains a treasure trove of previously unpublished photographs recording the installation at the Moderna Museet, as well as all of the surviving correspondence between Thek and the museum relating to the conception of the show, work-related ephemera, and press coverage of the exhibition.